Professional wrestling began in Japan after World War II, in an attempt to raise the country's deflated spirit. Women joined the sport soon after, in the 1950's, but really got their footing after the inception of the Japan Women's Pro-Wrestling Association in 1967. In the 1970's, while the major men's wrestling associations began splintering, all-female wrestling reached a new height of popularity. During the next two decades, some female wrestlers became breakout stars and pop icons, their muscular looks and athletic skills helping to challenge Japan's strict gender norms.

Joshi has comedy, shoot-style, strike battles, hardcore, serious veterans, power moves, high flying, mat based battles, and everything else you can think of; and is generally very fast paced. Truly a spectacle!

Today, joshi puroresu style isn't nearly as popular as it was in its heyday, perhaps because of its violent nature, but a smaller, dedicated contingent carries the torch. Sure, audiences for female wrestling matches remain largely male, and the athletes' wild, flashy costumes and out sized personalities play into the sport's entertainment value, but the ring is still a sacred place for these female athletes. Stepping into it, they shed society's conventions. Often these professional woman wrestlers are very shy outside the ring, but you get them in the ring and they just explode!

These pro style women wrestlers are bar-non the toughest wrestling women of all time!

Watch fierce fighting females and masters of virtually every hold, from bone-crushing mat action to unbelievable aerial maneuvers! The adrenaline is nonstop in ferocious tag team matches, and brutal girl on girl matches! The action is insane as they fly into the crowds; heads get pummeled with chairs and trash cans. It’s total chaos! Not for the faint of heart, some of these are bloody and all are extreme and intense! If you want a real pump, you have to see our Japanese Women’s Wrestling! Fasten your seat belt; you’re in for a real ride! Visit: Japanese "Women Warriors of the Orient"

The “Women Warriors of the Orient” were fierce and vicious, and taught the American girls a thing or two in the 70's and 80's. Many matches featured devilish combatants using foreign objects--everything from ladders to chairs and beer cans--to maim their outmatched opponents. Incredible Tag Team matches with as many as 6 women and nothing is spared! Whips, chains, tables, and teeth to name a few are used to destroy their opponents!

No doubt, these talented athletes will blow your mind performing amazing high flying aerial maneuvers and wild splashes off the ropes!

Fabulous Moohlah, one of the great names in American women’s wrestling, managed a number of the best American girls of the 70's, and arranged for them to fight in Japan. The live ring matches were like a wrestling school for women like Glamour Girls Judy Martin and Leilani Kai or Joyce Grable and Vickie Williams, all of whom tried their skill against the Japanese girls.

Some American women achieved greater success in Japan than they did in the US. Powerful and sizeable (260 lbs!) Monster Ripper was a huge favorite with the Japanese fans, and the Japanese girls were vicious in their hatred of this foreigner who could take them down. Reggie Bennett, one of the best female wrestlers of all time, ended up spending years of her career in Japan because she caused such a sensation there. You can see a tribute to Reggie in Japan video here.

These Japanese "Joshi" Women Wrestlers are nothing short of Live Action Stars! 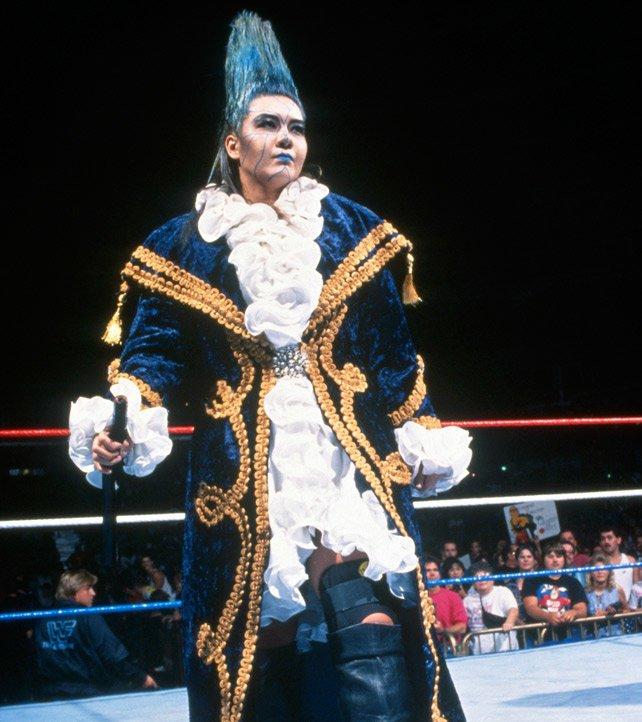 She began competing in All Japan Women's Pro-Wrestling as a teenager under the ring name Bull Nakano. As a wrestler she was a villain, who often teamed with her mentor Dump Matsumoto. 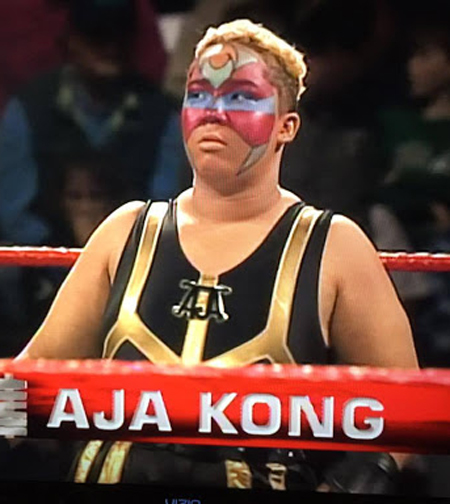 She is the founder of the Arsion all-women professional wrestling promotion and has won several championships in both singles and tag team divisions throughout her career, primarily while with All Japan Women's Pro-Wrestling. 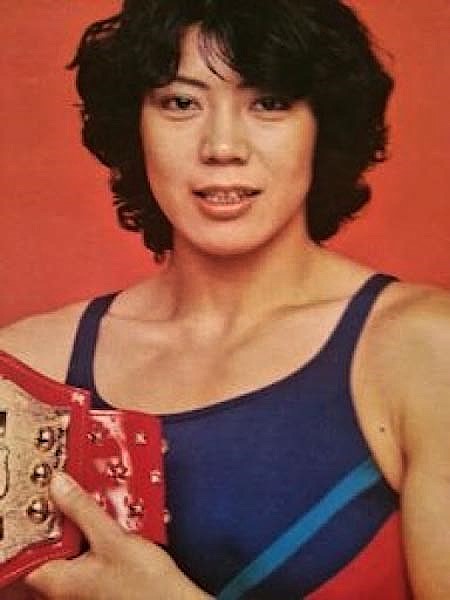 In the 1970s, while wrestling for All Japan Women's Pro-Wrestling, she formed the tag team, the Beauty Pair, with Maki Ueda. 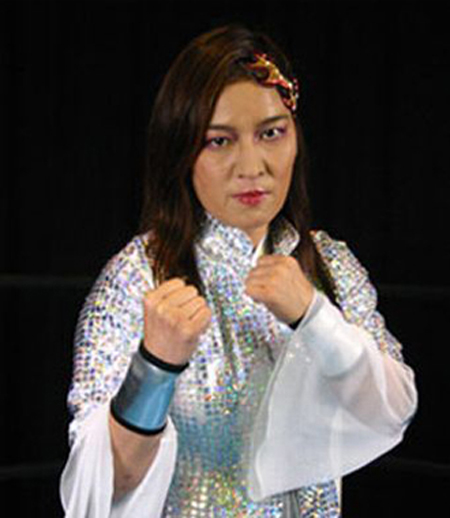 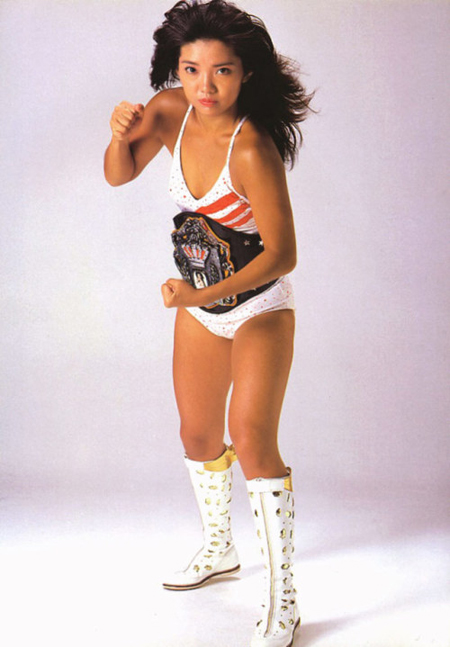 A wrestler, a singer, a dancer, a model and an actress, Mimi Hagiwara was one of the first Japanese women's wrestling superstars. 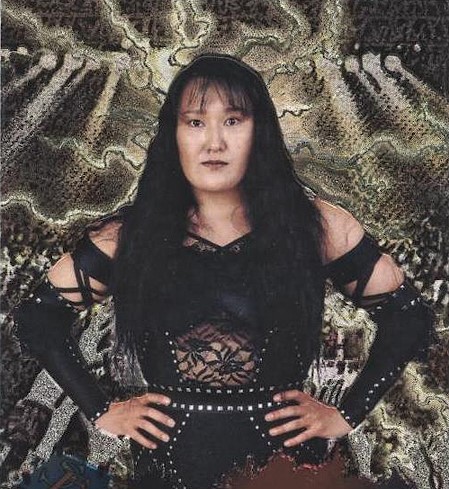 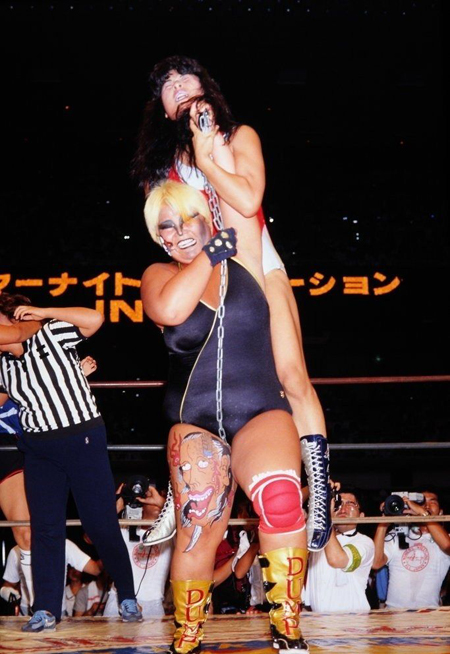 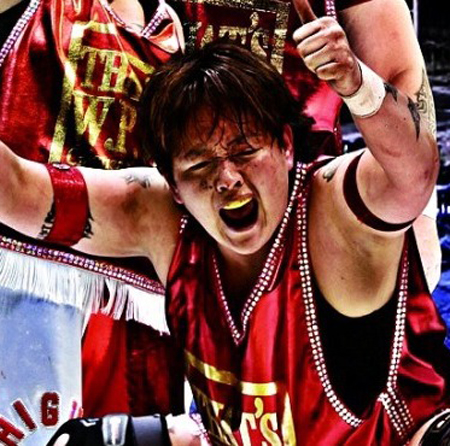 Best known for her mainstream popularity in the 1980's as a member of the tag team The Crush Gals with long-time partner Lioness Asuka. She was the founder of the GAEA Women's Professional Wrestling organization. 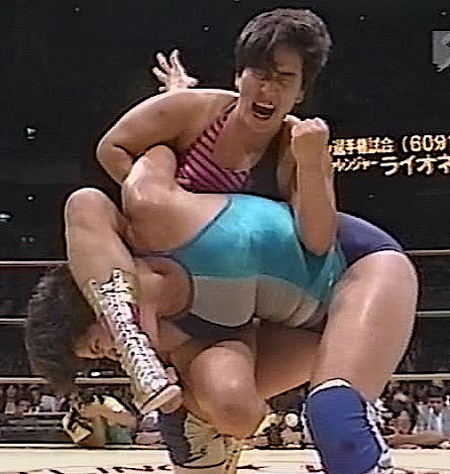 Along with long-time tag team partner Chigusa Nagayo she formed The Crush Gals, known for their mainstream popularity in the 1980's, and for being one of the most successful women's tag teams of all time. 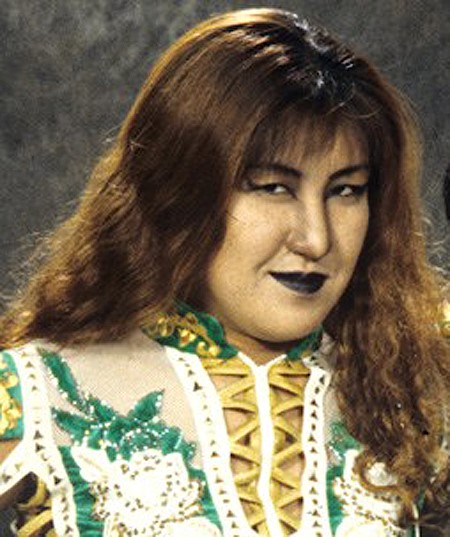 Best known for her appearances in All Japan Women's Pro Wrestling and GAEA Japan as Akira Hokuto and for Consejo Mundial de Lucha Libre as Reina Jabuki. She is married to fellow wrestler Kensuke Sasaki and has a child with Sasaki. She has helped to train Katsuhiko Nakajima and Ryuji Yamaguchi. 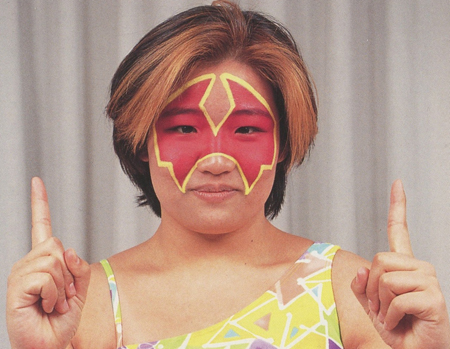 She has held the WWWA World Heavyweight Championship three times, and is the first woman to win a men's title in Japan. She is also the founder of the joshi promotion NEO Japan. Kyoko Inoue was trained by famous Japanese wrestler, Jaguar Yokota.

There are many more outstanding Japanese Women Wrestlers not listed here, but we hold them all in very high regard and great respect!

Get ringside with the Stars of Japanese Women's Wrestling!

Japanese women show both their knowledge of technical wrestling and their savage instincts which seem to be natural in the female species--especially in these “Women Warriors of the Orient!” Watch the biggest names of Japanese professional women's wrestling, star in a display of relentless superiority and fearsome destruction! Get ringside with the Stars of Japanese Women's Wrestling!